Don’t get your knickers in a knot!

A new doll class is coming to Kindred Spirits….we are constantly asked… “When is Leslie teaching another doll class”. Well I could not take the pressure any longer and bought this wonderful Fabric Addict doll pattern designed by Amy Bradley. Oh she’s adorable…complete with bra and panties. She even comes with a cute little Fabric Addict button for her dress.

I love this little button too, and recently at Quilt Canada I was able to purchase a couple of extras…..I just can’t decide which one she should wear.

Posted by Leslie's Itchin to be Stitchin at 11:02 PM No comments:
Labels: dolls

At home with Quilt Canada

We were really fortunate this year for St.Catharines to host Quilt Canada at Brock University.

Our local quilt store was there, Kindred Spirits ….you can see I took Mother Dear with me to the show and she had a good look at Kindred’s booth while Michelle and Amy pose for the fashion shoot. Mother Dear, my sister in law and I made an afternoon of it, with lunch then the show…what a great way to spend a day.

Niagara Heritage Quilt Guild had a nice display of quilts and I’m sharing with you a few of my personal favourites…..

Trendtex also had a display of challenge quilts with some very unique interpretations.

Posted by Leslie's Itchin to be Stitchin at 10:49 PM No comments:
Labels: quilts

I’m in a pickle

I have way too much time on my hands…..can’t you just buy a jar of dills for about $2.99 and let Vlasic do all the work. 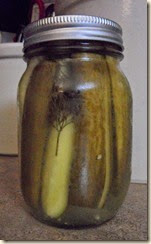 Now these are super simple dills…you just wash the cukes, slice them lengthwise and stack them in your jar with a few sprigs of fresh dill and garlic, boil the vinegar and water along with the dill mix on the stove, following the directions on the container, then pour the hot mixture over your cukes, seal and store them in the fridge for 3 weeks before eating.
I CAN honestly say that these are the best dills I have ever had…and they should be…I did the math and each frigin slice calculated out to .89 cents each! (_!*#_)*#_*!#&)(&#)(#*
Now that’s money well spent!
Posted by Leslie's Itchin to be Stitchin at 9:47 PM No comments:
Labels: food

I’ve been working in my dark room

That dark and dingy place in the far corners of the basement that I call home…..just kidding, I have a nice sewing area.

I’ve been working on my polaroid blocks that will soon become a new quilt called Picture This.

I’ve been thinking about this quilt For-Ever. Wanted to make it and just couldn’t get my creative juices flowing till now.

Amazing what you can do once you focus.

Posted by Leslie's Itchin to be Stitchin at 10:24 PM No comments:
Labels: quilts

I had originally made the lighter set of stars for the Quilt Doodle Doodles  BOM, you can find it here http://quiltdoodledesigns.blogspot.ca/p/bom-2014.html

Every time I looked at the strip, I was just not happy with the fabric choice. It seemed like it was the right shade of blue to co-ordinate with the outside border, but it was just too bright.

I knew that I  would not be happy with it until I remade it in the right color choice….so off I went making another whole strip of stars.

Once that was complete it was off to the next month’s block…a strip of skates!

I did change the pattern from what she called for…hers was made from 2.5 inch squares, and let’s face it…I’m just lazy and that was just way too much work so I revamped the pattern for a speed skating construction…Mine maybe is a little boxy..but it’s  DONE!

Posted by Leslie's Itchin to be Stitchin at 9:06 PM No comments:
Labels: quilts

Ok, What just happened!……she went from this to this in 6 short weeks…OMG…where’s my daughter and what have you done with her. I knew she was flying the coop…but this is ridiculous. 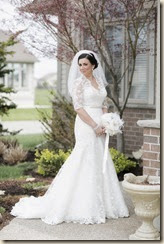 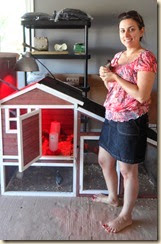 I thought it was sweet that her fiancé ‘s gift to his bride on the wedding day was a chicken coup and a gift certificate for 5 chickens…he had mentioned free eggs, so I was all ears.  I didn’t realize that it would be at the expense of my daughter’s diva-ness. First he buys her a house in the country on 3 acres, then the chicken coup and the chicks, today we were there for dinner and she mentions a goat…
I said I was a vegetarian, she said not for dinner, for cheese. She says she’ll get a female as she read that the males are more hostile. Where the hell do you read this kind of stuff, surely not on the Kindle I bought you for Christmas. Her favourite books used to be along the lines of 50 Shades of Grey….now the only thing that resembles that is color of my hair. Good lord! The highlight of her evening was showing us the chicks!

Plus she has them all named…..Chicken Nugget, Minnie Mouse, Twinkie, Georgia, Marg, and Little Jerry Seinfeld is the rooster. These aren't chickens...these are pets!
I don’t mean to be a mother hen, and to say something would be like walking on eggshells, but  what just happened here.
We were promptly asked to l leave when Dear Hubby suggested that they have us over for chicken wings in a few weeks.
Posted by Leslie's Itchin to be Stitchin at 8:48 PM No comments:
Labels: family 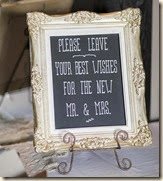 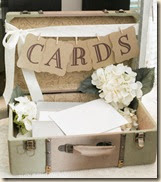 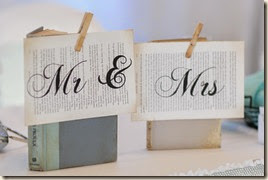 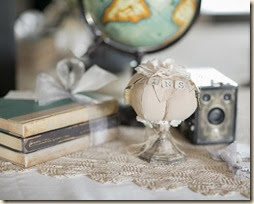 Did I mention we had a candy table, complete with tractor. Dear new son in law made the display to resemble a farm cart that would be pulled behind a tractor…..too cute! 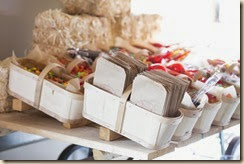 Their signature drink was a hypnotica martini, and we shared wedding photos of parents and grandparents.

Thank you for your patience while I took a hiatus…looking back it’s a wonder I even returned! 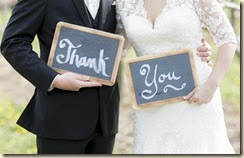 Posted by Leslie's Itchin to be Stitchin at 9:25 PM No comments:
Labels: family

Distraction with a capital D

And the saga continues….now you're getting the picture of why there were no blog posts….I barely had time for sleep let alone sharing in blog land. 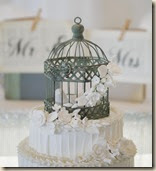 The cake was my favourite creations…. Dear Eldest daughter wanted vintage so she got vintage. Four tiers all iced with royal icing, complete with a bird cage and white porcelain doves. Something  to tweet about for sure. 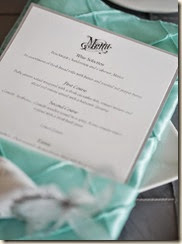 How about adding 200 customized wedding menu cards, and 200 crafted chocolate filled (sour cream shaped) containers thanking guests for coming. These little cuties were filled with a single Baci love note chocolate…how appropriate.  Every detail was perfect for the perfect couple. 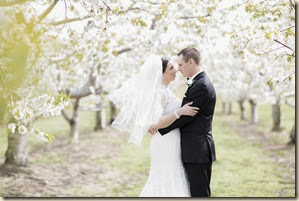